In 1850 Marijuana was added to the United States Pharmacopeia naming it a treatment for many different medical conditions. Twenty years would pass and that would begin the era of state’s starting to ban Cannabis in 1910. Massachusetts would be the first state to outlaw cannabis. In the coming years from 1915-1927 there would be ten states who would pass Marijuana Prohibition laws.

Cannabis was imported from India all the way up until World War I. In 1918 the United States was producing 60,000 pounds of Cannabis annually at this point as was self-sufficient to where they did not need to import from India any longer. The league of Nations signed a treaty on February 19, 1925 that marijuana may only be used for scientific and medical use.

In the 1930’s three companies started using marijuana extracts for medical uses and even created marijuana cigarettes for use for asthma. As time went on, by the year 1936 forty-eight states had laws that regulated marijuana. As rumors started to circulate that marijuana was dangerous, many different views were being held by lawmakers. In 1937 The Marijuana Tax Act was passed, which caused a decline in prescriptions for marijuana.

A man by the name of Samuel R. Caldwell was the first person to be arrested and prosecuted for marijuana after the Tax Act was enacted. He served four years of hard labor for his crime. In 1938 NY City’s Mayor requested a study that determined marijuana was not a gateway drug to heavier drugs. However, in 1942 Marijuana was removed from the Pharmacopeia.

The next few years would bring around harsher punishment for marijuana crimes. In 1951 The Boggs Act would impose a mandatory minimum sentence for marijuana with no separation of drug user or drug trafficker, to 2-5 years minimum for the first offense. These times called for stricter punishment and in 1956 a first offense would become a 2-10 year sentence for possession. In 1957 the last US hemp fields were planted in Wisconsin. The official first grower for the federal government would come in 1968 and would be the University of Mississippi.

In the 70’s Congress would go on to pass The Controlled Substance Act making marijuana a high potential for abuse drug. They deemed it not acceptable for medical use. President Nixon was strongly against marijuana and would not legalize it in 1971 saying it would lead to the youth using stronger drugs. Despite Nixon’s strong objective for marijuana, in the 70’s eleven states decriminalized marijuana and others reduced their penalties.

In 1976 Robert Randall was the first American to receive FDA approved marijuana for medical treatment of a medical disorder for his Glaucoma. By 1985 the FDA approved Marinol, a synthetic THC used to help treat nausea. In the years to come more and more medical physicians would see benefits of marijuana. Then in 1991 a survey showed that 53% of Oncologists were in favor of cannabis being available by prescription.

From 2000-2004 more and more states got onboard and legalized medical marijuana. Canada also lowered their penalties on marijuana use. From 2005-2009 many different raids would happen on clinics and the fight would continue for more leniency in the medical marijuana industry.

In the years leading up to the present, there have been great strides in the medical marijuana fight with medical marijuana becoming legal in more and more states. In June of 2018 the FDA approved its very first marijuana based drug that would dramatically help patients with seizures.

www.ProCon.org
“Historical Timeline”
History of Marijuana as Medicine – 2900 BC to Present

Adam Ruins Everything – The Sinister Reason Weed Is Illegal
Published on Nov 18, 2016

This video will provide readers with a visual understanding of the history of medical cannabis in a factual manner, but with a nice comical twist. Watch closely as all references are cited on the screen, thank you. 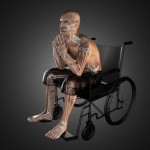 You must be logged in to create new topics.

Click on the green links to browse the archives.